Read more Read less
Compare
Category: DVB-S/S2 Modulators
Being fully compliant to the second standard for Digital Video Broadcasting over Satellite (DVB-S2, EN 302307), the Newtec satellite modulator NTC/2280/xF is one of the first modulators to offer the advantages of DVB-S2: 1° much better spectral efficiency than DVB-S thanks to the use of new advance...

Being fully compliant to the second standard for Digital Video Broadcasting over Satellite (DVB-S2, EN 302307), the Newtec satellite modulator NTC/2280/xF is one of the first modulators to offer the advantages of DVB-S2: 1° much better spectral efficiency than DVB-S thanks to the use of new advanced high-level coding techniques: BCH replaces Reed Solomon and LDPC replaces Viterbi 2° new modulation schemes: 16 APSK & 32 APSK 3° more roll-off factors (20, 25 & 35 %) Implementing all these new techniques, DVB-S2 results in a bandwidth saving of up to 30 % in CCM mode (or 2,5 dB gain margin) and up to 65% in VCM mode compared to DVB-S.
The NTC/2280/xF is also capable of working in DVB-S and DVBDSNG mode.
Like its predecessor, the NTC/2180 DVB-S modulator, the NTC/2280/xF is a member of the field-proven modular Azimuth series and is designed to packetize, encode and modulate one or more digital signals such as IP traffic or MPEG transport streams. At the output, the signal is converted to an L- band signal (950-1750 MHz). The integration of an RF converter is optional. The NTC/2280/xF has been designed for the broadcasting, contribution or distribution of digital television signals as well as the transmission of high-speed TELCO data in backbone infrastructures and data content distribution networks.
The NTC/2280/xF has two physical input interface positions that can be fitted with a range of interface modules: A DVB (ASI, SPI, LVDS) and a TELCO (HSSI/G703) interface module provide a standard data input to the modulator. An IP GbE interface module is also available, this module has an RJ-45 input and 2 ASI inputs/outputs. In combination with the GbE module (NTC/7015/xx) VCM/ACM applications become reality. The DVB-S2 modulator NTC/2280/xF handles symbol rates from 0.05 up to 68 Mbaud, using a QPSK, 8PSK, 16APSK or 32 APSK modulation scheme. The roll-off factor is selectable between 0.2, 0.25 or 0.35 in both DVB-S and DVB-S2 mode.
The NTC/2280/xF is standard equipped with an L-band output. An L-band monitoring output is provided for connection of e.g. an IRD or spectrum analyzer. A programmable digital equalizer is provided to compensate for external amplitude slopes. The optional EqualinkTM concept provides for pre-compensation of linear and non-linear satellite link distortions resulting in optimization of transponder data throughput.
All Control and Monitoring parameters are available locally on the front panel (LCD display & keyboard) and remotely through a web interface (Http) or through the RS-485/232 port or through the 10/100 Base-T Ethernet port. The last two use the RMCPv2 protocol. There is optionally an SNMP + MIB agent. 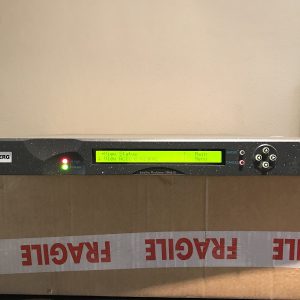 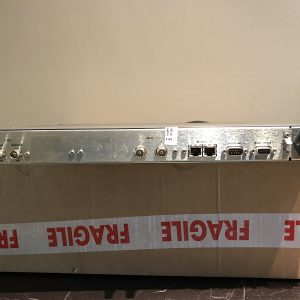 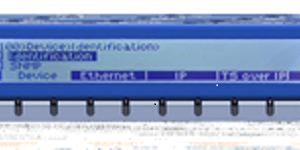 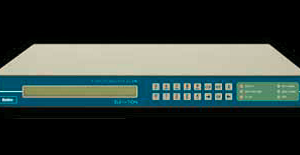 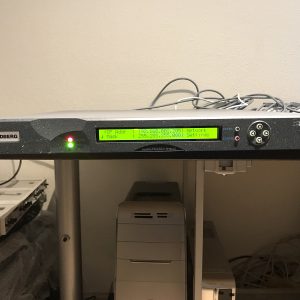 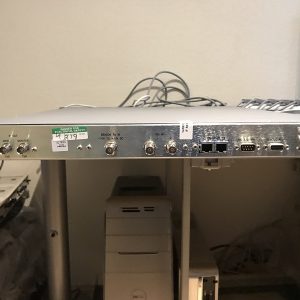 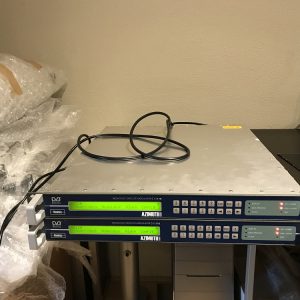